My thesis is available here.

I would like to extend special thanks to my advisor Yael Kalai my collaborator Adam Sealfon.

Below, I’d like to give a high level overview of some of the cryptographic concepts. For more technical details, please see my thesis or the links to the courses below!

Secret sharing is a cryptographic protocol that involves sharing a secret among a group of participants (each receiving shares of the secret), such that the secret can only be reconstructed if a sufficient number of parties combine their shares. The motivation of this primitive is from cryptographic key management, in which storing a secret key would be more secure if split among multiple parties.

The properties that we want out of a secret sharing scheme are:

One of the most famous examples of secret sharing is Shamir’s Secret Sharing Scheme which uses the elegant idea of polynomial interpolation to achieve correctness and privacy. A secret $s$ is simply the $y$ intercept of a degree $n-1$ polynomial $f(x)$, and party $i$ is given $f(i)$ as her share. If $n$ parties combine their shares, through polynomial interpolation it is possible to uniquely reconstruct $s$. However, if there are fewer than $n$ shares available, then it is impossible to uniquely reconstruct $f(x)$ and determine the secret! 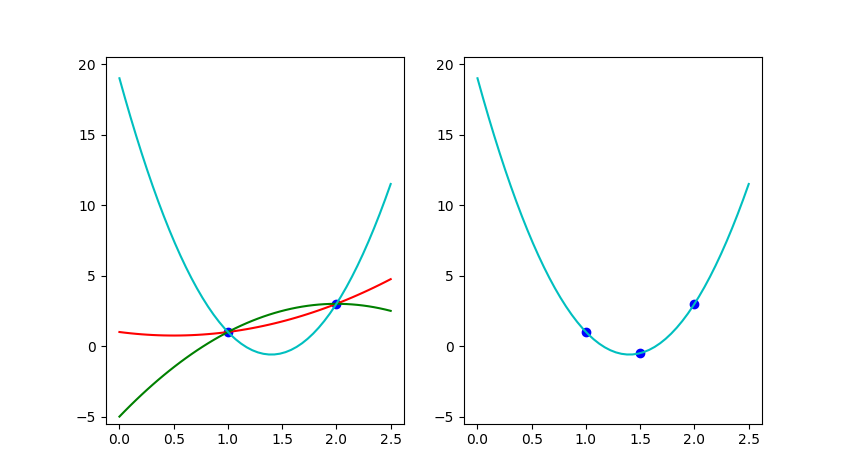 Fully Homomorphic Encryption is a recently realized construction which I think is really cool! In essence, it allows computation on encrypted data the same way we would compute on plaintext. An encryption scheme is a family algorithms consisting of $KeyGen$ (which generates the public and secret key, $Enc$ (which takes in as input the public key and a plaintext message and outputs a ciphertext) and $Dec$ (which uses the secret key to decrypt a ciphertext and output a message).

Predicate encryption has many interesting applications. For example, one may wish to encrypt the location of a club meeting with the attributes such that only people who can prove their identity may decrypt and discover the location.

My Thesis, in summary

Using secret sharing techniques, we can secret share the secret key of predicate encrytion and fully homomorphic encryption schemes to allow for decentralized decryption. This means that, we can have $k$ parties output partial decryptions of a FHE or PE scheme and be able to reconstruct the output using the partial decryptions, while preserving the secrecy of the secret key shares. Applications of these techniques include low round multi-party computation and decentralized predicate encryption.

For further reading, MIT’s 6.857 Computer and Network Security class is a good resource to get started in cryptography. I took this class when I was an undergraduate at MIT.

I also filmed the more theoretical cryptography class at MIT, 6.875 Cryptography and Cryptanalysis. The video lectures are available here

Please see my thesis for a more complete bibliography.